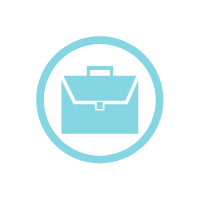 Dating is prevalent in the workplace, and managing …

Dating is prevalent in the workplace, and managing it isn't easy. This is the reason most companies put stringent measures to ensure workers don't form romantic relationships. Sometimes, however, employees choose to harass others sexually, an issue that affects work efficiency and ruins the company's image. This usually happens if one party is pursuing the relationship or seeking sexual favors, and the other doesn't want to.

As a business owner, it's your responsibility to protect your business and the employees from being harassed. For instance, a manager or supervisor may harass a junior employee, and if nothing is done, your company will suffer. Having a sexual harassment lawyer you can work with will protect your company.

The attorney will work to liberate the offender, protect those who are being harassed and ensure the company isn't held liable. But, when should you seek sexual harassment lawyer services? Knowing the signs can help you get harassment attorney services at the right time. Some of them are outlined below.

In today's age, people use electronic devices like phones and computers to communicate. Although these devices have helped boost productivity, they can still be misused by the workforce. For instance, one of the employees can send unwelcomed romantic messages to another member of staff. If they are warned against sending such messages or emails and continue, then it becomes harassment.

So, if one of your employees has saved up all the harassment messages or emails and has presented them to the management, then you should consider hiring a sexual harassment lawyer. Even phone calls can be recorded and used against the perpetrator if they continue with the harassment.

It's normal for workmates to touch one another while working. For instance, giving a coworker a pat on the shoulder or hugging isn't offensive. However, if the touch is sexual, then the other party will be offended or uncomfortable. This may include brushing up or touching a sexual body part. This counts as sexual harassment, and since it's an assault, it becomes a criminal offense. You can file a case.

Another kind of sexual harassment involves working in what's considered a hostile environment. In these instances, the offender will use sexual actions or speech to intimidate an employee or make them feel uncomfortable. This behavior interferes with productivity—the concerned party won't or can't focus on their work because of the harassment, while the offender is busy troubleshooting on how to create an unfriendly work environment. Getting a harassment attorney to work on this will be helpful to determine how to prove the workplace is hostile.

If you think you have a case, contact a sexual harassment lawyer.